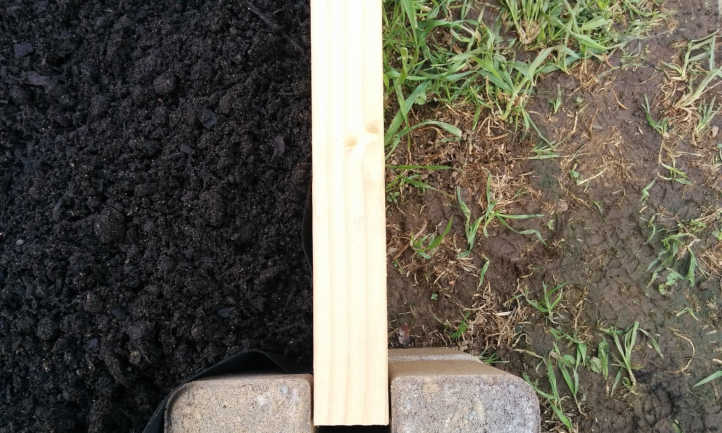 Soil is a hot topic among those interested in the environment. Home gardeners take pains to build a healthy soil profile that supports living organisms while providing adequate support to plant roots and plant growth. But what is soil?

Different people view the soil topic differently. While most gardeners think of potting soil or garden bed soil as the easy answer to our question, the truth is much more nuanced than that. What we as gardeners call soil may not be the scientific definition of soil at all – ask soil scientists, and they’ll explain soil horizons and their role in soil formation.

A lot of gardeners might be hyperfocused in the organic materials department. They may see their annual addition of well-rotted compost as a key component of soil. While they’re not completely wrong, compost isn’t soil. Some might focus on soil organisms and soil microbes, but these aren’t strictly soil either.

Let’s break down the topic of soil and describe what it is. Do you need soil to grow things? In some cases, yes. In others, not so much!

Soil is unconsolidated mineral particles that exist on the immediate earth’s surface. It supports plant growth and interacts directly with the geology below it. In interaction with soil organisms, the soil supports the food web, which provides nutrients that are the basis of all life on earth. Food webs are the transfer of energy between species in an ecosystem. Soil transfers energy to producing plants. These plants are the foundation of every ecosystem in existence.

Soil particles can be sandy, silty, or fine clay. The soil structure in a particular environment, combined with the climate, water content, and interaction with moving, living organisms relates directly to the condition of an ecosystem. Certain areas might have silty soil while others have purely sandy soil. In areas with clay soil, gardeners work to change the soil structure toward a more nutrient-rich structure. While you can build your own soilless mix from different elements acquired at a nursery or big box store, soil formation also occurs naturally.

How Is Soil Formed?

To talk about soil formation, we have to get into the concept of soil horizons. The soil horizon is comprised of layers of organic matter through the earth’s strata. Each layer has its soil profile which combines with others to become one overarching profile. Most soils have three major horizons, and many have a top horizon of organic matter.

The bottom-most horizon is bedrock, or a mass of granite, quartz, basalt, limestone, or sandstone. Which type of rock is present in the bedrock is determined by tectonic features going on underneath and around its consolidated mass. If the bedrock is close enough to the earth’s surface it acts as the underlying parent material – a deposit where the bottom-most layer of soil formation originates.

The next highest layer, called the B horizon or subsoil layer, will act as parent material when bedrock sits below it. The subsoil is made up of minerals that moved down from the upper soil structure due to the effects of erosion. Above that subsoil layer is the eluviated horizon, or A horizon. Eluviated horizons consist of very little organic matter, and instead contain sand, silt, and clay particles composed of resistant minerals that didn’t easily decompose in exposure to the elements.

On top of the eluviated horizon sits the topsoil layer. Topsoil is chiefly minerals from the parent material with organic material included. Among soil scientists, topsoil conservation is imminent. Good top soils provide habitat for wildlife, but they also help farmers produce many of the crops we rely on today. Topsoil is where soil microbes and soil organisms live. It is about 1 foot deep and contains organic matter, sand, silt, and clay particles.

Then there is the organic horizon, sitting on the land surface atop the A and B horizons. The forest is a good example of an environment that has a robust O horizon, with a rich layer of dead organic matter. As leaves fall to the ground in autumn, they become surface litter that decomposes, feeding carbon dioxide sequestered in their once-living cells into the soil. These carbon sinks hold greenhouse gases within their microbial structure, rather than releasing them into the atmosphere. 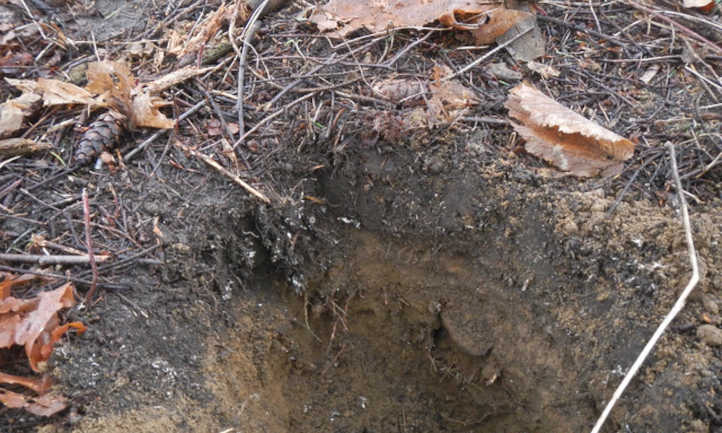 Here you can see the organic horizon and topsoil layer below. Source: Holy Outlaw

Not every region has a top organic layer. In areas where no organic layer is present, like the desert, the organic content is lacking in relative proportion to other horizons. Because of this, desert soils are nutrient-poor and don’t have water to move nutrients into the soil.

Scientists working in soil science conduct soil classification based on the physical properties and chemical composition of soil particles. This soil taxonomy examines soil color, texture, structure, and other properties up to two meters deep to give people soil information. Sometimes soil classification is used for agriculture, and sometimes it’s used for industry. Different soil types have different textures, structures, and compositions. The following are the 6 basic soils present on the earth.

What we’ve discussed to this point is the geological formation of soils. Bagged and commercially developed soils are distinct from geological soils.

The soil in a natural environment goes through several biological processes that a commercial soil type might not go through. Commercial soil is formulated for different purposes but may have properties that help the soil hold nutrients and provide nitrogen fixation to plants. Some contain highly specialized microbial residues that mimic the soil material naturally occurring on the earth. Most commercial soils are more than half soilless, and in some cases, they may be entirely soilless. Over time, commercial soil’s ability to retain moisture and provide plants with nutrients degrades as the organic matter in them breaks down and water flows through. Use them as soon as possible after purchase, and store them so they aren’t exposed to the elements prior to use.

When you buy topsoil in a nursery, you’ll usually encounter dirt from the surface horizons, subsurface horizons, and the eluviated layer. It may not be natural topsoil, which is only found in the surface layer and often includes a lot of organic material from the O horizon. That’s why most gardeners can’t just buy a bag of topsoil to use for their plants. Instead, they have to spend time on soil development in their own way. Especially if they’re working in the earth rather than filling beds and containers, they’ll have to understand their natural soil texture and how that soil texture will interact with any added soil, organic matter, or fertilizers.

What Is Organic Matter? 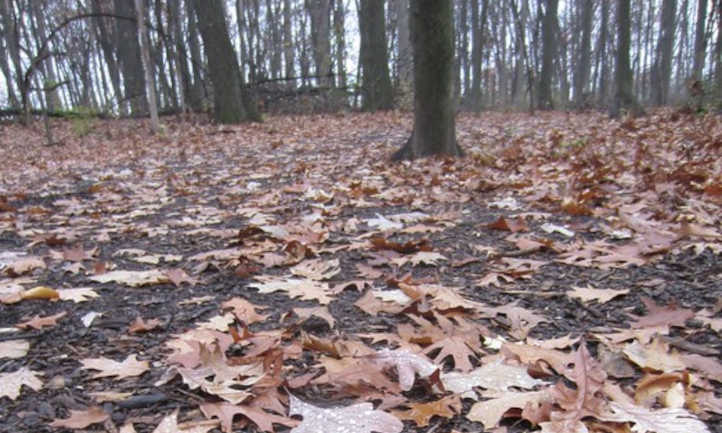 Organic matter is not technically soil. It could be leaves, feathers, manures of various kinds, decomposing plant and animal matter, or the soil microbiome itself. Combinations of some and all of these constitute organic matter as well. Compost is one example of organic matter. It’s usually a balanced combination of kitchen scraps, leaves, hay, twigs, and other decaying plant matter.

Unless you’re growing purely native plants in their native soil, organic matter is necessary. That’s because organics improve soil water retention, aeration, nutrient-holding capacity, and water infiltration into plants. Organic amendments contain plant nutrients and effectively replace fertilizers in some cases. Properly employ them alongside fertilizers and your garden is going to pop!

One of the most interesting modes of gardening with mostly organic matter is the Back to Eden method. Instead of using soils, this method emulates the O horizon which can be observed in the lush forest floor. Those practicing this method place newspaper or cardboard on the ground in the first layer, then add a few inches of compost on top of that. They follow that with a few inches of wood chips over the compost and newspaper. Finally, a thin layer of manure is spread on top. Within a few months, the organic stuff breaks down into a workable medium for planting. People who practice this method or other similar regenerative agricultural methods find success because the organic matter invites organisms and nutrients that support a healthy microbiome.

Do You Need Soil to Grow Plants?

While using a soil-based growing medium is technically a more “natural” growing method in the minds of many gardeners, it’s not universally necessary. Soils aren’t the only method of producing fruits and veggies, although they certainly do the trick. But there are other options as well. When you use natural soils, you may have to amend the soil particles to ensure you have a workable medium. Because the natural dirt has undergone the lengthy process of soil formation, it already contains organisms that support plant growth. But it may be unworkable, or irritate the lungs if it’s inhaled, and it also could contain harmful fungal pathogens or water molds that may be risky for your plants.

In contrast to those, soilless media are often fully sterilized, sometimes with a fresh batch of garden-ready biologicals added back in, and might be a good way to get your garden going. But what exactly are soilless growing mediums? 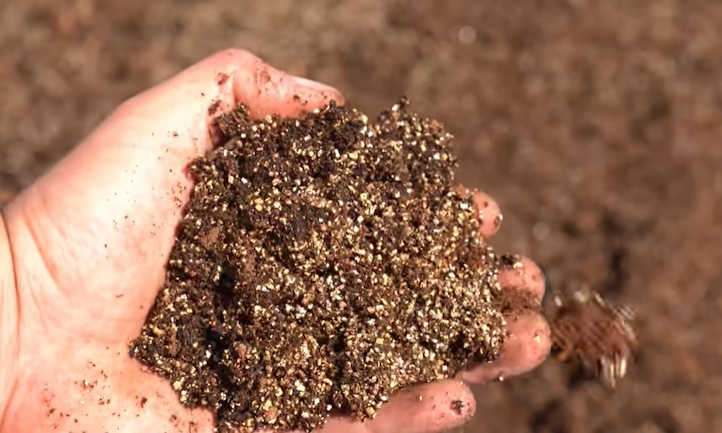 Mel’s Mix is a blend of compost, peat moss, and vermiculite and contains no soil at all.

Soils are great, but they could be detrimental for people who only want to garden indoors. They’re also not great for people who suffer from asthma or other lung-related conditions that make them sensitive to soil microbiology. That’s where soilless media come in.

Some soilless media emulate soils, while others don’t. A soilless medium is sometimes better for starting seeds than soil because it has been sterilized to reduce the risk of immediate pests and diseases. Soilless mixes are usually a combination of different types of organic matter and sometimes include added nutrients.

Soilless media also includes hydroponics, which uses water and nutrient solutions in conjunction with some soilless media to produce healthy plants. Here you don’t ever have to worry about dry soil or compacted soils. Everything is contained within the system.

If you are trying to decide whether to use a seed starting mix or potting soil, consider the following. A seed starting mix could be a great start for someone who wants to work with something with fine particulate and add nutrients from there. On the other hand, coconut coir pods or discs are great because they hold a ton of moisture, assisting in seed germination. One might also consider a mix of perlite, vermiculite, and peat moss as a seed starting blend. But for seed starting, you don’t need lots of nutrition, just something to help the seed germinate.

A regular potting mix can include nutrient additives in the form of organics, like worm castings, various manures like cow manure or horse manure, plant-based composts, biochar (whether charged or not), or potash. Some are better suited to certain plants, while others can be used across plant types. The best mixes are made when you understand your specific plant’s needs.

The downside of a soilless media is that it often lacks a lot of the mineral micronutrients that your soil has. While you may have to work to ensure that true soils have the right balance of magnesium, calcium, zinc, iron, potassium, sulfates, and nitrates, soilless media may or may not have these at the right levels or at all. Working in some quality soil into your soilless blends can help with these balances, as can adding mineral additives such as azomite or other trace mineral sands.

Similarly, since they often vary widely between producers, some premade soilless media may include fertilizers and others may not. For instance, coconut coir is naturally extremely low in nutrient content on its own; it certainly won’t feed a plant without help! This is partially why many potting mix blends contain heavy quantities of manures or other composted material along with other ingredients, as these other components provide fertility while things like coir provide moisture-retention and good tilth.

Learn how to harvest mint and save for later 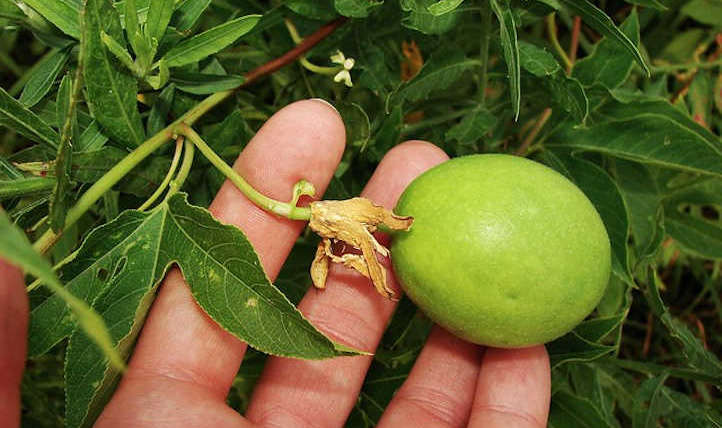