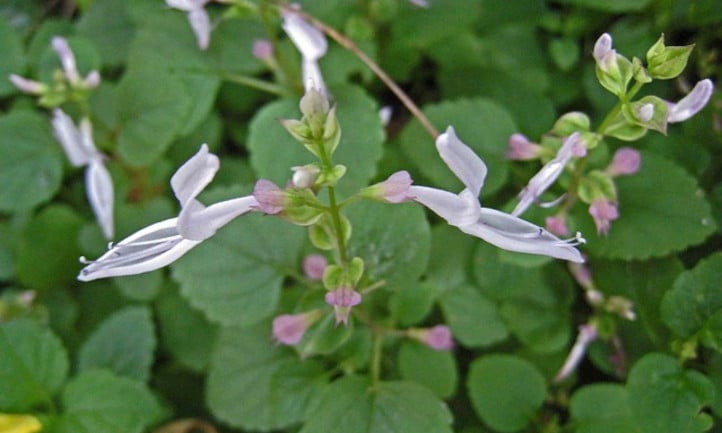 Plectranthus verticillatus is native to South Africa, where it is an evergreen perennial that prefers warm climates and high humidity. In its natural habitat, it grows as a ground cover topped by flushes of flowers in the winter months. It usually puts out blooms in late spring or early summer when grown as an indoor houseplant. Swedish ivies produce purple or white flowers and foliage with scalloped edges.

Swedish ivy plant is becoming popular as a houseplant because of the way it grows, with long cascading stems. This makes it lovely in a hanging basket. This great houseplant for new gardeners can survive a variety of soil types and light conditions too.

However, if you want the plant to thrive, be sure to read on to provide it with its ideal growing conditions!

All About Swedish Ivy 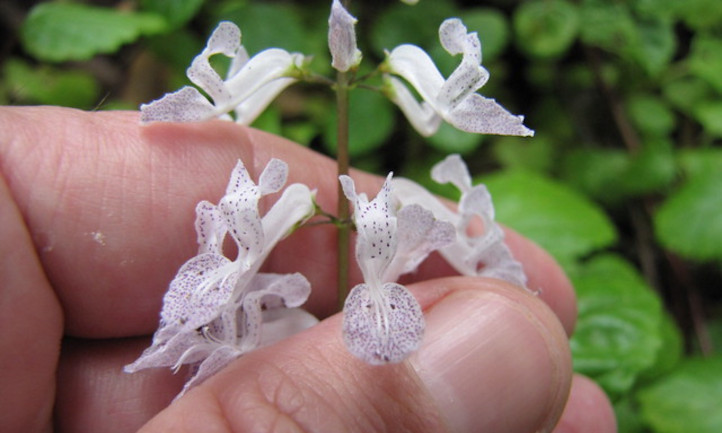 The Plectranthus verticillatus plant is referred to as Swedish begonia and whorled Plectranthus, and it’s a relative of Vick’s plant. So why is it also called the Swedish ivy plant? During World War II, Swedish botanist Vivi Laurent-Tackholm organized and ran a flower club that offered rare exotic plants to Swedish housewives. The club introduced several popular houseplants, including pothos and two types of Plectranthus, green-leafed and variegated. Due to its popularity in Sweden, it got dubbed Swedish ivy.

Swedish ivy grows native in South Africa. This perennial thrives in environments that mimic its tropical native habitat. For this reason, it can only be grown outdoors in USDA growing zones 10-11, making it a houseplant in most of the United States. It requires bright indirect light and moderate humidity levels year-round. 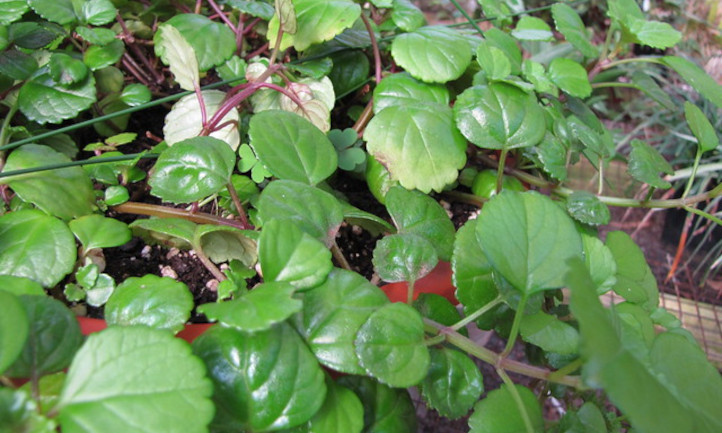 The Swedish ivy plant is a great low-maintenance houseplant for new gardeners. However, it is important to understand how it grows naturally in order to mimic those conditions and get the most out of your plants.

The plant prefers 4-6 hours of indirect sunlight that’s bright throughout the day and does best at average room temperatures between 65-75 degrees Fahrenheit year-round. Cooler temperatures indoors during the winter months may require supplemental humidity. The Swedish ivy plant is generally grown as an indoor houseplant. However, it can be reliably grown outdoors in USDA growing zones 10-11.

The ideal temperature range during the growing season is 70-75 degrees Fahrenheit, but it can tolerate cooler temperatures of 60-65 degrees Fahrenheit. Any colder than that, and the plant begins to suffer. It is extremely frost-tender and will not survive any type of frost. It will need to be brought inside to survive freezing temperatures.

Swedish ivy grows naturally in tropical areas that receive regular water and humidity. In order to keep your Swedish ivy plants happy, it is prudent to mimic these conditions. Water your ivy plant regularly, once a week, allowing the soil to dry out between waterings. Overwatering can cause issues, so be sure not to let the soil get too soggy.

It’s better to underwater this plant rather than overwater it. Too much water can put your plants in danger of contracting root rot. Ensure that your pot has appropriate drainage holes. Provide your Swedish ivy plants with humidity levels at 60% or higher. This may require you to place a humidifier nearby. Water at the base of your ivy plant and avoid splashing the leaves. This might require you to lift up the vines to reach the base of the plant.

Swedish ivy plants prefer moist potting soil that is well-draining. A standard houseplant potting mix will help you achieve this. Since this plant does not do well in overly moist or soggy soil, you may want to add vermiculite or perlite to a mix with peat moss in order to increase drainage. You can also amend your peat-based soil annually with additional organic matter to boost drainage as the soil degrades over time.

Swedish ivy plants also prefer slightly acidic soil (ph between 5.5-6.5), which is another pro to using peat moss in your potting mix. Although this is the preferred soil for this plant, it can survive in a variety of soil types as long as they are well-draining. 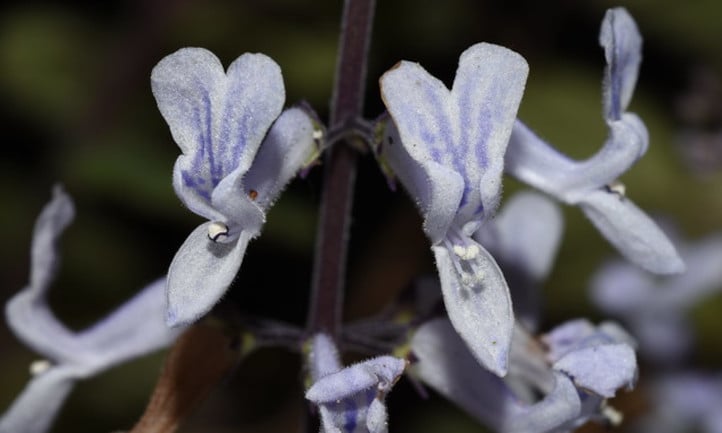 It is not entirely necessary to fertilize your Swedish ivy as it will grow just fine on its own or, as mentioned above, with the addition of compost or organic matter annually. However, if you want to encourage your Swedish ivy to produce flowers, a low-nitrogen fertilizer during spring and summer will support the production of blooms.

Conversely, higher nitrogen fertilizer will encourage more foliage and fewer blooms. Swedish ivy produces delicate white or purple tubular-shaped flowers. The flowers are not the main reason this plant is grown. However, they are a great bonus to the stunning, sprawling vines. Avoid fertilizing outside spring and summer, in dormant seasons of fall and winter.

Pruning can be done at any time, especially if there are dead, dying, or damaged scalloped leaves or other parts of the plant that need to be removed. The best time to do a heavy prune is right after your Swedish ivy has bloomed. When flowers fade, pinch back the stem tips to encourage new growth.

Cut back any leggy growth back to a leaf node to encourage bushier growth. You don’t necessarily have to prune its scalloped leaves. You can choose to let your ivy grow wild. However, pruning helps keep the plant healthy and fuller in appearance. An added benefit of pruning is that you will end up with stem cuttings that you can propagate into new plants. Read on below to find out how!

Propagate Swedish ivy by taking stem tip cuttings. As mentioned above, when pruning your plant, you will be left with stem cuttings that can be turned into new plants. Prune cuttings just below a leaf node. Sort through your cuttings and choose the healthiest stems to propagate.

Remove the lower foliage and place cuttings in the water, and they should root in about a month. Once stem tips have put out measurable root growth, you may transplant them directly into the potting mix in a suitable pot.

Swedish ivy can become root bound if not repotted appropriately. As your plant grows larger, you may want to move it to a larger container or hanging basket. Wait until the roots have filled the current pot before doing so.

Repot in spring if the plant has outgrown its current container. Increase the pot size slowly, going 1-2 inches larger than your current pot. This will help you avoid growing problems caused by too much water by not having extra soil to water to keep the whole pot moist. 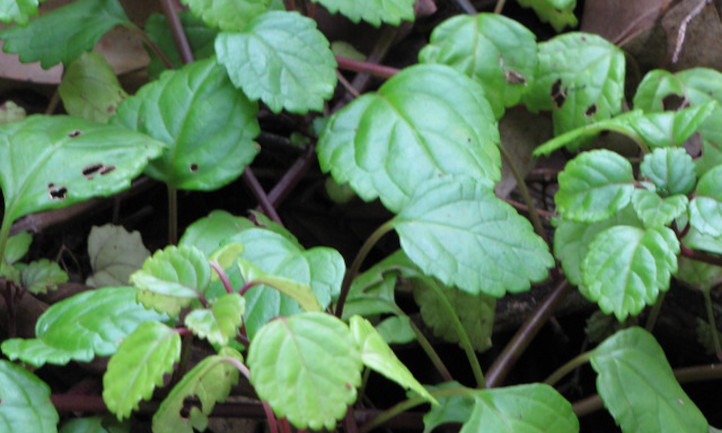 The Swedish ivy plant is a relatively simple houseplant to care for. However, there are a few issues that can arise. Most of these issues are caused by overly damp potting soil or too much direct sunlight. Read on to learn how to remedy them.

As mentioned above, Swedish ivy does best in bright, indirect light. Too much direct sun can burn the leaves. This is especially true with variegated Swedish ivy, which may lose its variegation with too much light.

If you notice the dark green leaves losing their color, then you may consider moving your Swedish ivy to a spot with bright light but out of direct sunlight. Finding the right balance to meet this plant’s light requirements will result in the healthiest foliage.

Although Swedish ivy is relatively pest resistant due to the special aroma of its flower, it is susceptible to the mealybug. If you notice pale leaves and a cottony or webby mass on the underside of the leaves, then this may be a sign of a mealybug infestation. Insecticidal soap can be used to treat an infestation.

Spider mites are the most common issue for most indoor houseplants. They prefer a warm, dry environment with low humidity. A good preventative method is to increase humidity around your houseplants. The first signs of mites will be tiny holes in the leaves or small yellowish spots on the foliage. You may even notice tiny web clusters on the leaves as well.

If these mites have already appeared, but there is little to no damage to the plant, then they can likely be manually removed with a forceful spray of water or wiping down your creeping charlie plants with a damp cloth. If the infestation is more serious, then insecticides containing pyrethrins can effectively eliminate all the mites.

Root rot is the main disease that can affect your Swedish ivy. Root rot symptoms will appear as a soft mushy stem, wilting, and of course, rotten roots. This type of rot is harder to recover from but can be remedied if there are still fresh, white roots on the plant that have not yet turned to mush. Cut back the rotted roots and plant them into a pot of dry soil.

A: Yes, this is a great plant for houseplant beginners and new gardeners since it can survive a wide variety of soil, light, and water requirements. However, meeting its ideal growing conditions will yield the best results.

Q: How much sun does a Swedish ivy need?

A: It performs best in a location that receives enough light, kept at average room temperatures, and with moderate humidity all throughout the growing season.

A: Plectranthus verticillatus is an evergreen perennial native to South Africa. Not to be confused with Plectranthus australis (tubular mauve), which is native to northern Australia and the pacific islands.

Q: Should I trim Swedish ivy?

A: No, it is not considered to be toxic to pets.

Q: How do you make a Swedish ivy bushy?

A: Cut back stems at a leaf node to encourage branching and bushier growth.

A: Yes, it does and is a safer alternative to English ivy, which is toxic to people and pets. 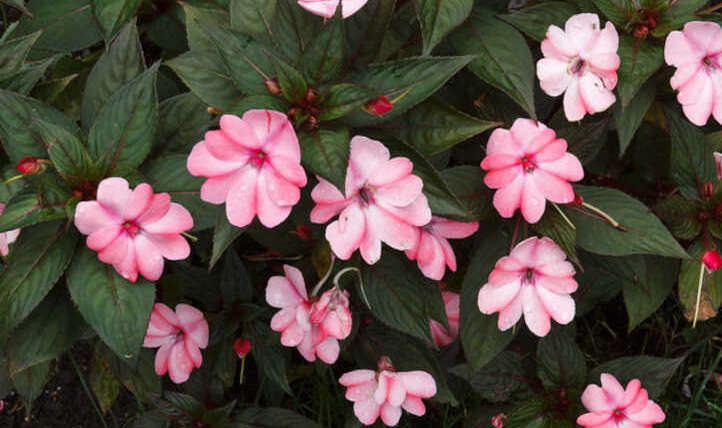 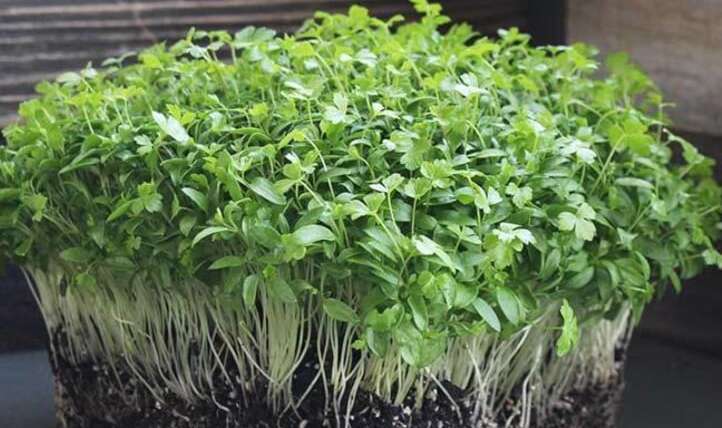 How To Develop Parsley Microgreens Quick And Simple