Promoted as “slightly irreverent, superior in quality and full of personality”, Rico is out to “redefine how Australians perceive pears”.

The ANP 0131 variety, to which Rico lends its name, was developed by the Victorian government’s Horticulture Centre of Excellence at Tatura, Victoria. Freshmax will market the pear in Australia, along with Seeka Australia and Apple & Pear Australia Limited (APAL).

Freshmax Group National Marketing Manager Sona Padman says Rico is unlike anything you’ve ever tried before.

“Our research has shown us that fruit lovers haven’t been excited about pears over the last few years, often falling short of its popular cousin the apple,” she says.

“Rico’s distinctive taste and texture aims to reinvigorate Aussies’ love affair with pears and get younger generations buying, eating and cooking with the fruit again.”

Grown and harvested in Victoria’s Goulburn Valley, Rico pears are said to be more versatile than their traditional predecessors.

“Their firmer flesh means they travel well and are perfect eaten whole as a healthy ‘fast food’ snack on the go,” says Freshmax. “They are also delicious cooked in both savoury and sweet dishes such as a roast or cake.”

“At APAL we are excited to be a part of bringing these great pears to Australian consumers,” he says.

“This is the second season that Rico pears are available in a major retailer after a successful launch last year.”

Rico Pears are available in selected leading retailers and local fruit grocers in NSW, Victoria and Queensland until the end of October or until stocks lasts. 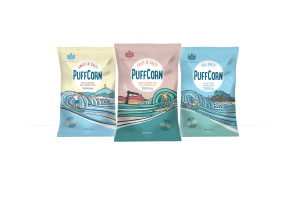 Prime On-line Retailers in 2020 for the Christmas Quarter