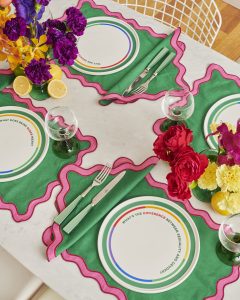 Designed in partnership with LGBTQIA+ youth charity Minus18 and premium homewares label In The Round House, the range contains four plates with questions printed on them.

The questions being asked on each plate are:

New research commissioned by Fairy finds that 89% of surveyed parents believe they play a role in educating their children on diversity and inclusion. Despite this, over a third of respondents (38%) don’t speak to their kids about sexuality and gender identity.

The key reason for a lack of conversation on these topics is parental confidence, with respondents saying they aren’t comfortable speaking to their children about the LGBTQIA+ community (25%), sexual orientation (24%), and gender identity (16%).

In comparison, the “majority” of parents surveyed feel most comfortable discussing family dynamics (95%), equality (94%) and race and religious diversity (92%).

29% of the respondents who have spoken to their children about sexuality and gender identity also wish they were more knowledgeable on the subject in order to have more educational and progressive conversations with their kids. A time and place to start connecting and discussing these topics is around the dinner table, something 76% of the parents surveyed would like to prioritise more.

“60% of children have asked their parents at least one question in the past year about sexual orientation, gender identity and LGBTQIA+ community,” says Fairy ANZ’s Claudia Manuel.

“We want Aussie parents to start discussing these topics with their kids and asking them ‘what’s on your plate?’ in a bid to combat LGBTQIA+ bullying.

“That’s why we are proud to work with Minus18, In The Round House and Mardi Gras to provide these conversation plates for free because we believe in using the power of family meal time and clean plates to feed meaningful connections, conversations and family life.”

Families can claim their free plate at intheround.house/collections/fairy by using the code ‘fairypride’. For every plate claimed, Fairy will donate $20 to Minus18 to go towards its mission to improve the lives of LGBTQIA+ youth.

The ongoing partnership to support the LGBTQIA+ community is said to be grounded in P&G’s equality and inclusion mission to create a company and a world where: 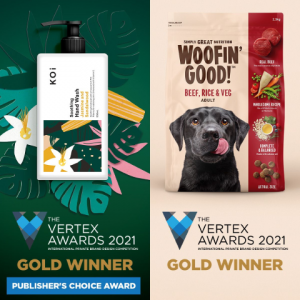 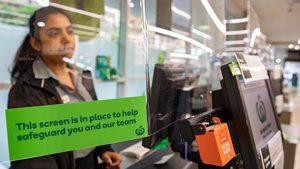