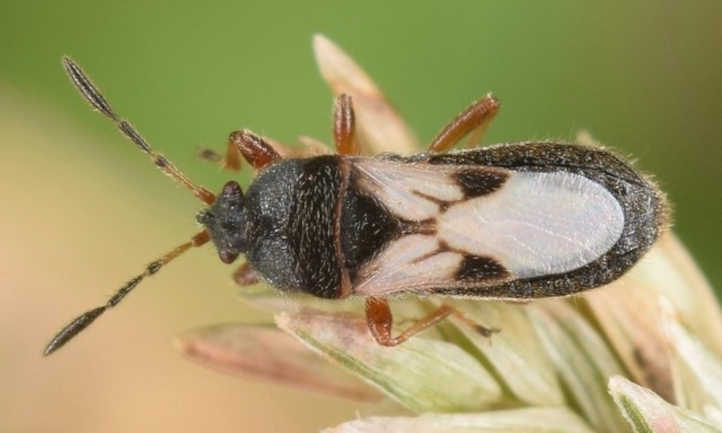 Many homeowners aspire to maintain the perfect lawn, but there are certain pests that can make this dream rather challenging. Chinch bugs are a family of 20 species that are native to North America. Out of this group, only a handful cause significant damage to turf grass. Chinch bugs are adapted to eat a variety of grasses including ryegrass, Kentucky bluegrass, fescues, and creeping bentgrass. Chinch bug damage is a significant issue for some homeowners and golf course operators. In addition to ornamental grasses, chinch bugs can also impact cultivated grasses like corn and sorghum and occasionally wheat and barley. Broadleaf plants are not affected by chinch bugs.

Because they are endemic to North America, there are also predators who have also adapted to attack these pests and naturally help to control chinch bug populations. When you are treating your lawn, we recommend using an Integrated Pest Management approach for your lawn care to manage chinch bug problems, but also encourage beneficial insects.

What Are Chinch Bugs?

Chinch bugs are a common pest in lawns. Source: Wedontneedfeatherstofly

Chinch bugs are a family of insects with piercing and sucking mouthparts that feed on grasses. They can be found as north as Main and as west as Minnesota. Adults have small, oblong bodies and undergo several nymph stages before reaching adulthood. Chinch bug activity is highest in the summer and after drought periods; they also release a characteristic musty scent when crushed.

True or common chinch bug Blissus leucopterus leucopterus is the most geographically far-reaching species and can be found from southern Canada down to most of the eastern U.S. and west to the Rocky Mountains. This species does not typically overlap with the southern species.

In the northeast of the U.S., the most commonly found species is the hairy chinch bug Blissus leucopterus hirtus. Hairy chinch bugs prefer to feed on ryegrass and fescues but will also attack other types of lawn grass. Adults are around ⅕ inches long with black and white markings on their wings and red legs. As their name suggests, hairy chinch bugs are covered in fine hairs. The nymphs are wingless and typically have red and orange markings.

The western chinch bug Blissus occiduus Barber is a series pest of the buffalograsses, Buchloë dactyloides (Nuttall) Engelmann, zoysiagrasses, and Zoysia japonica Steudel, commonly used as turfgrass in the midwest.

Adult chinch bugs overwinter in plant debris, dead plant matter, near the foundations of structures and in other protected areas near their infestation site. They leave their overwinter sites in the spring when daytime temperatures are above 70 F for several consecutive days, mate, and start to lay eggs. The eggs are deposited near protected areas of the plant such as in the crown of grasses, thatch, and on the lower sheaf of bottom leaves. Females are very prolific and can lay hundreds of eggs in a few short weeks. The eggs are initially white in color and gradually turn orange in one to two weeks before hatching. Chinch bug nymphs typically undergo five molts before maturity and develop their wings during the 4th and 5th instar. In cool weather, chinch bug nymphs may undergo an additional instar. 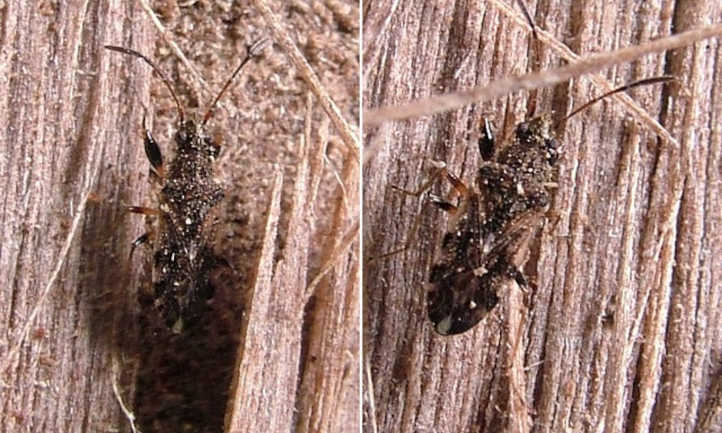 Chinch bugs are difficult to spot because their bodies are well hidden under the grasses. Diagnosing the issue is difficult because the damage looks very similar to drought damage or other lawn diseases. However, there are a few ways to spot the difference.

Chinch bugs use tube-like piercing mouthparts to feed on the sap of grass blades. During the chinch bug feeding process, the bugs also inject a toxic substance into the plant tissue which causes yellowing and plant death. Initially, irregular yellow patches might appear on your lawn which gradually expands as the pest pressure increases. Plants like clover or broadleaf weeds on the lawn will appear unaffected.

Check in the healthy grass near the edge of the affected patch for signs of chinch bugs. Since these bugs are visible to the naked eye, you should be able to find chinch bugs in the thatches in late summer if you spread the grass blades apart. Alternatively, you can use the tin can method which is taking a large tin or a 2-liter bottle and cutting off both ends. Insert one end about 1-2 inches into the soil surface and fill the exposed part of the can with a few inches of water. Use your hand to agitate the water. After about 10 minutes, chinch bugs and other inserts will float to the surface from the combination of the agitation and their need to breathe. You may see big-eyed bugs also in this sample which are beneficial and natural predators of chinch bugs. If more than half of your sample is big-eyed bugs, their population might be sufficient to naturally control a chinch bug infestation.

What If It’s Not Chinch Bugs?

Heat and drought stress can cause dead patches in the lawn. These patches are usually large and may even be the entire lawn. The grass should bounce back quickly after deep watering. However, lawns that are affected by chinch bugs will not be as resilient.

The quality of your soil also can impact the look of your lawn. Patches of dead grass can appear in your lawn if the pH of the soil is too high. Improper fertilization will also cause your lawn to change color. If the soil does not have enough nutrients, the grass is likely to be a pale green color. If grass is over-fertilized, it might burn and turn brown. Excess nitrogen can also attract more unwanted insects to your lawn. You can get your soil tested through an at-home testing kit or by sending a sample to your local extension office.

Brown and dead spots on a lawn can also be from the development of thick thatch, or a dead layer of plant material. Thatch can develop from heavy foot traffic that damages grass. A thick thatch layer can prevent water and nutrients from reaching even the shallow root systems of turf grasses. Thatch is a good hiding place for chinch bugs and should be managed as part of pest control and general maintenance of healthy turf.

Chinch bugs have natural enemies within the ecosystem including the big-eyed bug, which is an aggressive predator, and the naturally occurring fungus Beauvaria bassiana. This fungus grows in early spring, under cool and wet conditions and impacts all life stages of this insect. It might attack them enough early in the season to reduce their overall population during the summer. Many chemical insecticides are detrimental to both pests and beneficial insects. The big eye bug is very sensitive to insecticides so chemical controls may have an adverse effect on the overall chinch bug population.

Insecticidal treatment is recommended if chinch bug infestations reach a rate of 20-25 bugs per square foot or 15 per tin can method. In a Michigan State University study, researchers only found 5% of lawns in their sample size that warranted chemical treatment. Follow the usage and safety instructions carefully and apply insecticides such as ones that contain pyrethroids. Sprays must come in contact with the bugs in order to kill them so a single application and broad spraying may not be effective. Do not water in the insecticides after application.

We recommend the use of an IPM methodology to prevent and control chinch bug infestations as well as for general lawn care. Lawns that are well watered and receive proper fertilization are better protected against chinch bugs. As with many other pests, chinch bugs are attracted to plants that are already under stress. There are some cultivars of grasses that are more susceptible to chinch bugs than others. For example, the ‘Raleigh’ variety of St. Augustinegrass is highly susceptible whereas ‘Floratam’ and ‘Floralawn’ have some resistance. In general, turf grasses and tall fescue infected with non-pathogenic intercellular fungi or endophytes, are more resistant. You can reseed damaged grass areas with endophyte-enhanced turfs as a method of cultural control.

Q: What is the best product to kill chinch bugs?

A: There is no best practice to manage chinch bugs. Chinch bugs have a number of natural enemies which is typically adequate to manage their population. See the control section of this article for additional chemical insecticides.

Q: How do you know if you have chinch bugs?

A: Unlike other tiny bugs, these insects are visible to the naked eye. If you have brown, irregular patches on your lawn, check in the grass for chinch bugs or use the tin can method to trap and monitor the insect population in a given area.

A: Chinch bugs are a native insect of North America. They are most active during hot summer months and are attracted to cultivated grasses that are under stress. 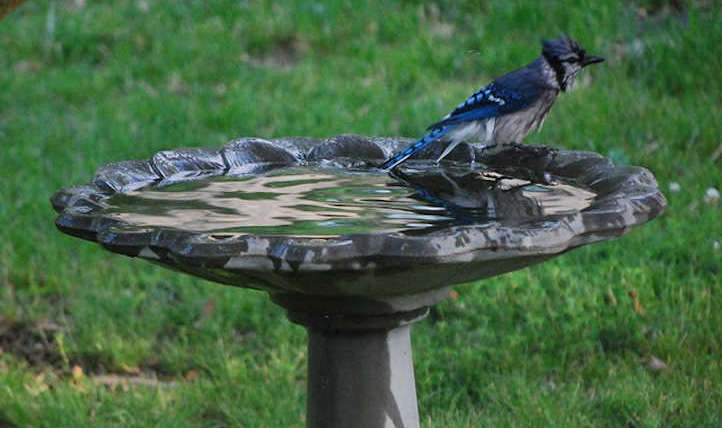 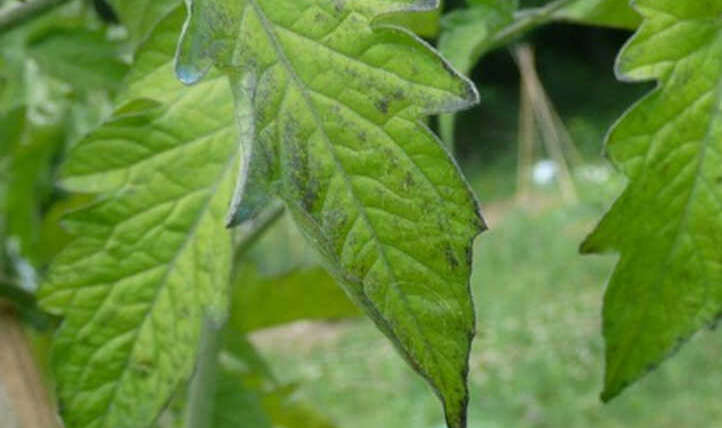