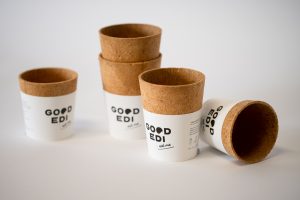 Melbourne based start-up Good-Edi founders Catherine Hutchins and Aniyo Rahebi have come up with a unique solution to make the consumption of takeaway coffee ethical by producing a coffee cup you can eat. Choosing the Good-Edi cup at a cafe means that coffee drinkers don’t need to remember to bring their reusable cup, and they can avoid a single use takeaway cup that cannot be recycled.

Good-Edi is described as tasting like a ‘Weet-bix waffle cone’ by Ms Hutchins, that can be eaten once it has fulfilled its use as a cup. Consumers not wanting to eat it can throw it in the compost or even the general rubbish, knowing it will not take more than a few weeks to break down naturally.

Now stocked in over 80 outlets across five states in Australia, the Good-Edi team is proud of the impact it has made so far and has big goals for the future.

“This is a unique solution to minimise waste, and we would love to see all cafes join us in this revolution,” says Ms Rahebi.

Since the launch, the team has had a positive response from the market, with collaborations with cafes and roasteries, big brands, corporates and events. Collaborations with brands such as MilkLAB, Bupa, MECCA, Mirvac, Three Blue Ducks, Eureka Hospitality Group and Taronga Zoo have helped to boost brand awareness and get more people excited about doing their part for sustainability.

These partnerships have allowed consumers the opportunity to try their coffee in a Good-Edi cup. The feedback has been positive. “I love eating the cup, it tastes like a waffle cone dipped in coffee,” says one customer. And “I hope every takeaway coffee shop adheres to this revolutionary product,” says another customer.

In April 2022 Good-Edi launched a chocolate cup which is dipped in tempered chocolate, offering an indulgent treat for coffee lovers. For the future, the company is considering developing caramel and cinnamon versions, as well as a grain-free recipe. 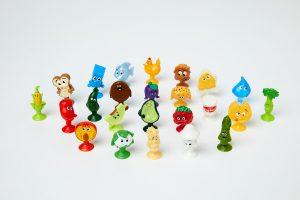 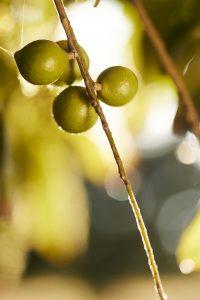 The Australian macadamia trade is loopy about sustainability