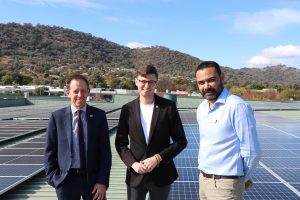 Woolworths Conder in Canberra has become the 150th Woolworths supermarket in the country to be fitted with solar panels as the retailer embarks on a green energy transition.

The Conder supermarket has received a green energy boost from a newly-installed 100kW solar array on its roof, made up of 222 high efficiency solar panels spanning around 500 square metres. The system has the capacity to generate more than 145 megawatt hours of electricity each year.

Woolworths has an established solar network on supermarket rooftops that numbers a total of almost 80,000 panels, generating enough electricity to power 6300 Australian households.

Woolworths’ solar expansion will aid its transition to 100 per cent green electricity by 2025, supplementing the electricity provided to the retailer through partnerships with renewable energy companies. From July, Woolworths Group will begin drawing on additional green energy from the nearby Bango wind farm in Yass under a partnership with CWP Renewables that will provide enough green energy to power more than 100 supermarkets.

Minister for Emissions Reduction Shane Rattenbury says: “Canberrans know the value solar has to our clean, green and affordable energy future, so it is a welcome sight to see businesses across Australia embracing solar and taking action on their emissions.

“Since 2010, the ACT has successfully transitioned to 100 per cent renewable electricity, reduced emissions by 40 per cent on 1990 levels and has set a path towards a net zero emissions future for all Canberrans.

“Installing solar at your home or business can bring your energy costs down while contributing to our 100 per cent renewable electricity supply, so I encourage all Canberrans to look how they can contribute to Canberra’s clean energy future.”

“From store lighting and air-conditioning to food refrigeration, there is no doubt supermarkets are energy intensive to run.

“We’re reducing our energy use in small but impactful ways like LED lighting, and we’re proud to be generating our own emissions-free electricity from new solar panels on our Conder rooftop.

“In recent years we’ve been on a mission to roll out solar panels on supermarkets across the country, and it’s only fitting that our 150th solar-boosted store is right here in the nation’s capital where solar adoption is thriving across the community.

“We’re committed to doing our bit to bring about a better tomorrow, and we’re proud to celebrate this national green energy milestone for our business with the ACT community.”

Woolworths monitors its energy consumption across supermarkets through an Energy Management Centre that tracks electricity use in real-time, pinpointing peaks and patterns to support energy reducing interventions, cutting consumption for some stores by up to 10 per cent. 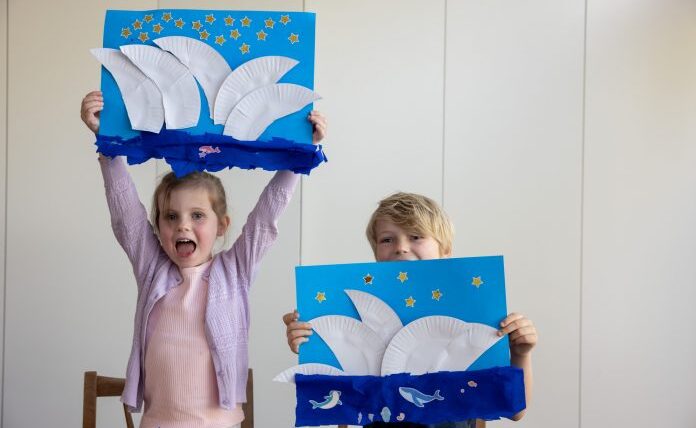