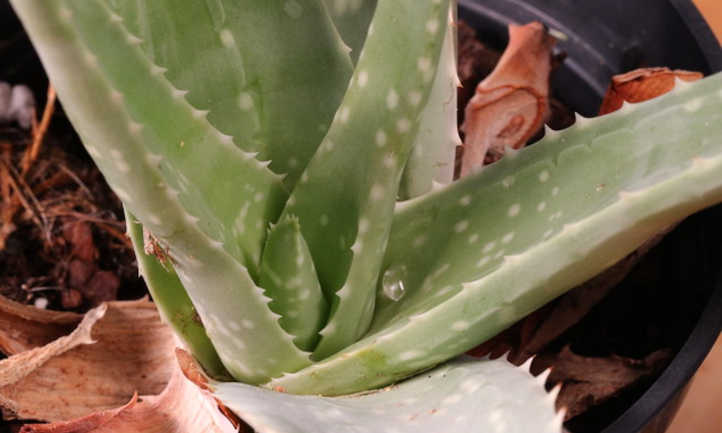 Whether you’ve slathered it on your skin, seen it in tiny pots at the grocery store, or witnessed all its glory in the desert, we’ve all come across aloe vera at some point in our lives. This unique, medicinal plant is a staple of succulent gardening – and one you can very easily take care of! So if you haven’t already, it’s time to add aloe vera plant care to your gardening repertoire.

The gel in aloe vera leaves is well known for its medicinal properties, particularly for relieving sunburn. This cool gel also treats minor burns, second-degree burns, and acne. Its usefulness doesn’t stop at topical treatments though. Aloe vera gel is also safe to eat and is often made into desserts and drinks. Just as expected, aloe vera juice is very refreshing though somewhat bitter.

Aloe vera plants aren’t just good for potential medicinal uses. They’re eye-catching in gardens, particularly when in bloom. Gardeners often grow aloe vera alongside other succulents in tropical, desert, or Mediterranean landscapes. You’ll usually see it alongside aeoniums, sedums, and maybe even some palms. With an ultimate height of 2-3 feet tall, an aloe vera plant will quickly become a fixture in your garden.

All About Aloe Vera 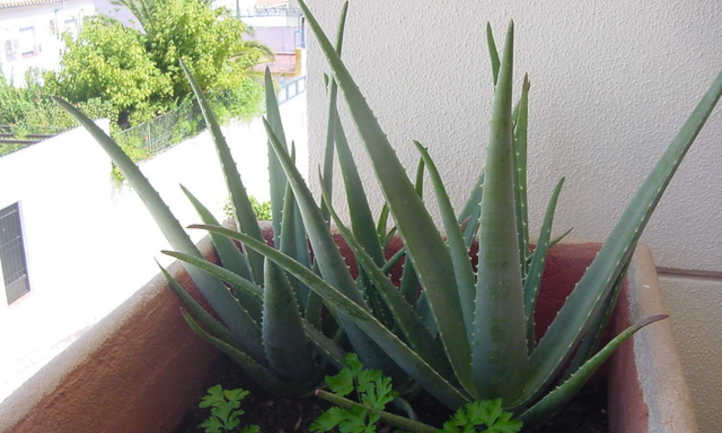 Aloes in a planter. Source: olgaberrios

Aloe vera is a member of the Asphodelaceae family and kissing cousins with Haworthia succulents (they have a strong family resemblance). There are many popular species of aloe, including Aloe glauca (blue aloe) and Aloe brevifolia (short leaf aloe). You may also come across Aloe variegata, also called partridge breasted aloe. While it looks similar to the other aloes mentioned, this species is actually a member of the Gonialoe genus. This is also the case for Aloe aristata (lace aloe), which is really Aristaloe aristata. Though all these aloes grow similarly, we’ll focus on the true aloe vera in this article.

Our favorite medicinal plant was deemed Aloe vera by Carl Linneaus, whose biological classification system is most widely used today. Just a decade later though, another botanist, Philip Miller, named the same plant A. barbadensis. A. vera won out as the most popular name, but you may hear about Aloe barbadensis Miller from time to time. Thanks to those competing scientific names, aloe vera plant often goes by the common name Barbadensis aloe.

Aloe vera is a tropical plant that originated in the warm climates of the Mediterranean. It has long and pointed leaves that grow out from the center. These blue-green-grey leaves have serrated edges and are sometimes speckled with white. Just one of these chunkers can grow up to 18 inches long!

The leaves have thick, rigid walls enclosing their precious gel. This gel is thicker than you think and can be cut into cubes. It’s clear with a pale green tint and a fresh aroma. Between the skin and gel is a yellow latex. This runny substance is mildly toxic when consumed regularly or in large amounts. Despite its potential medicinal properties, it has been banned by the FDA. If you harvest any aloe leaves to eat, rinse the gel thoroughly to remove all traces of latex.

When it comes to blooming, aloe plants don’t disappoint. The flowers shoot up to 3 feet tall and put on a vivid display of bright red, orange, and yellow. Each raceme sports dozens of tubular flowers, forming a spiky cone. Mature aloe vera blooms yellow many times in its life but isn’t reliable to bloom every growing season.

A well-established aloe plant outdoors can reach 2-3 feet tall and wide. Thanks to its drought tolerance and distaste for fertilizer, it’s a very low-maintenance plant. If you care for aloe barbadensis outdoors, it can live for decades. 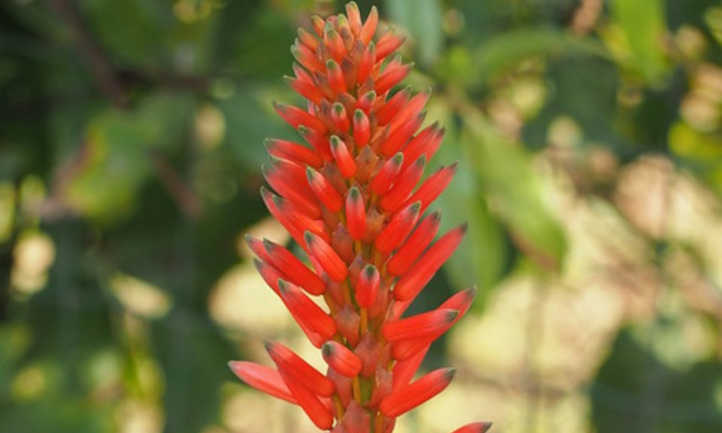 Provided you have a warm and sunny spot waiting, it’ll be fairly easy to care for aloe vera. Here are some growing tips for what you need to keep this medicinal wonder at its best.

Aloe veras need as much light as they can get to keep the leaves perky. However, too much of a good thing leads to sunburn, so aloe vera plants prefer indirect light. If you’re growing this succulent indoors, place the small plant in a window that gets full sun and rotate it periodically (artificial light is also an option as long as it produces enough light). This is especially important if you want the plant to flower.

Since they’re from the tropics, it’s no surprise that aloe vera plants only overwinter well in zones 10-12. To survive, they need a minimum temperature of 40°F and prefer temperatures from 50-80°F. Needless to say, an aloe outdoor plant won’t survive frost, freezing temperatures, or a cold climate.

Like any good succulent, aloe vera stores water in its leaves. Because of this supply, they don’t need frequent watering. In fact, too much water quickly leads to root rot and is the quickest way to kill a succulent. To further prevent this, plant indoor aloes in a terra cotta pot, which releases excess moisture easily.

Keep your aloe alive and well by watering sparingly. Let the potting mix get completely dry before replenishing it. During the winter, cut back on watering even more.

The careful watering required for growing aloe vera has to be coupled with well-draining soil. Use a coarse sand mix, like one marketed for cacti and succulents (usually found at your local garden center). This type of potting soil is especially important for aloes growing in containers. Any container you use has to have at least one drainage hole.

When it comes to growing aloe vera plants, you don’t have to worry much about soil fertility. This plant grows well in poor soil, making them perfect for otherwise uninhabitable places in your garden. 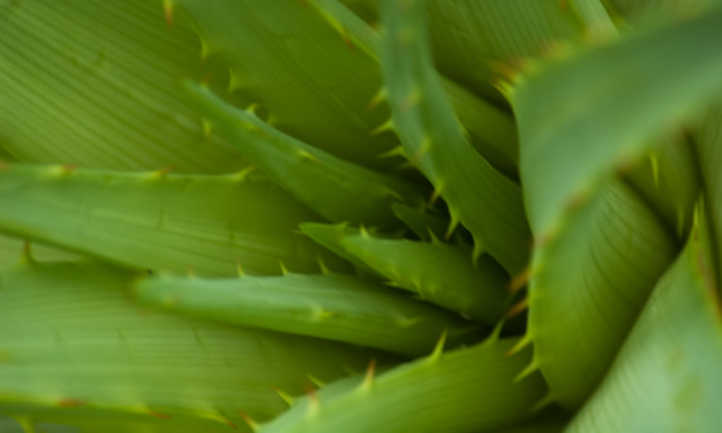 A closeup of the center of an aloe vera plant. Source: vicsaez

Though they don’t need many nutrients, you may want to fertilize them from time to time. If your aloe vera plant has slowed down during the growing season or is flowering, you can treat it to a light snack. Use a small dose of liquid fertilizer that’s heavy in phosphorous.

You can prune aloe plant leaves if they’re diseased or growing awkwardly. With a sharp knife, carefully cut the leaf off at the node, ensuring not to damage the stem. To keep your aloe vera plant healthy, only remove a few leaves at a time. After pruning, don’t water your plant for a few days so the wounded node can heal.

Aloe vera plant is so easy to propagate that buying one is basically a “get one free” deal. Once it’s mature, the parent plant sends out shoots. Also called aloe vera pups, these tiny plants grow attached to the mother plant until they make a root system of their own.

Propagating aloe vera is as simple as cutting the pups free from the mother plant and root ball and transplanting them into their own containers. Choose healthy pups that have already grown several leaves. Once planted in well-draining soil, give the pups about a week to heal before watering as usual. To boost the whole process, you can dip the cutting in a rooting hormone before planting. 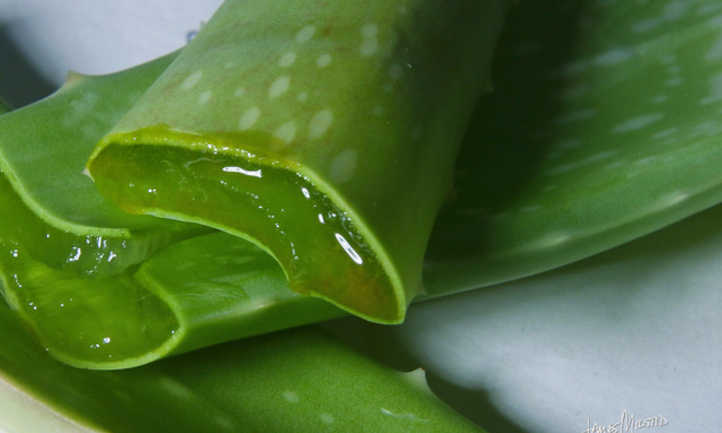 A cutaway of an aloe leaf showing the inner gel. Source: James Milstid

Ironically, this classic first aid plant has its share of maladies (even sunburn!). If you really want to help your aloe vera plants thrive, you’ll need to pay close attention to any growing problems they might encounter.

When something goes wrong, an aloe’s first reaction is to flop over. If your aloe’s serrated leaves are suddenly drooping, it could simply be root bound or something as serious as a soil fungus. Check your plant for easy fixes first, such as overwatering, not enough indirect sunlight, or cold temperatures. If all the growing conditions are in order, you may need to repot your aloe in new potting mix and investigate for pests and diseases.

A growing problem that gets a telltale symptom out of the aloe vera plant is sunburn. Too much direct light will burn the tips of the leaves and turn them brown. While unsightly, the damaged leaves usually won’t harm the rest of the plant as long as it’s taken away from direct sun. However, leave this problem unattended for too long, and your aloe’s health could take a serious hit.

Aphids and mealybugs love aloe gel just as much as we do. They’ll assemble on the leaves and suck out the juice (and the plant’s vitality!). The leaves will turn brown and curl inwards. Eventually, growth will be stunted and your aloe plant may die. Applying neem oil or insecticidal soap will ward off these pests. You can also use diatomaceous earth or if all else fails, spinosad or pyrethrin spray. For mealybugs specifically, a cotton swab dipped in rubbing alcohol can also remove them one by one.

Leaf spot is a pretty general term since it can be caused by a myriad of different fungi. While multiple types of leaf spot can harm aloe vera plants, we’re calling out Anthracnose leaf spot. This fungal infection starts out as small, soggy spots and quickly turns to large, reddish-brown lesions. The key to preventing this fungus is low humidity and good air circulation. If your aloe plant does get infected, try using sulfur fungicide, copper fungicide, or, as always, neem oil.

Aloe rust is a nasty fungus that often shows up as bunches of orange spores under the leaves. Before those spores appear, you’ll notice small yellow spots that grow into brown splotches. Aloe rust thrives in humidity and moderate to cold temperatures, so those are the first issues to tackle. This fungus won’t actually harm the plant, but is unsightly and can spread spores elsewhere. Treat it by removing infected leaves and applying sulfur powder. 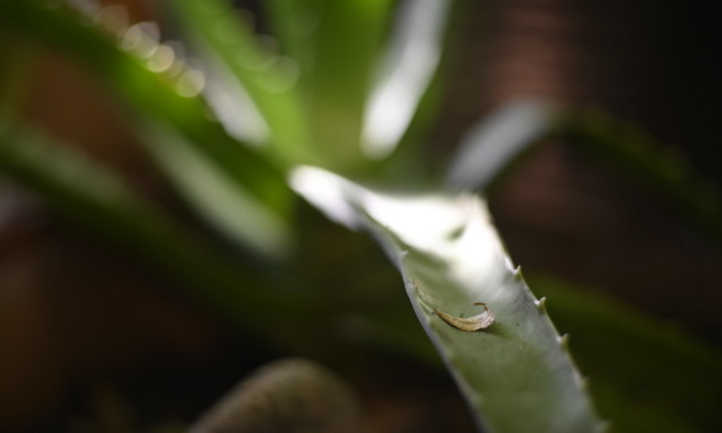 Aloe vera leaves have spines along their edges. Source: CVIjax

Q: Should I cut the brown tips off my aloe plant?

A: No, creating a large, open wound in the fleshy leaves will only invite disease to the plant. If you must remove the leaf, cut it off where it connects to the stem. This only creates a small wound that heals quickly.

Q: What does an overwatered aloe plant look like?

A: When overwatered, aloe’s thick leaves will turn yellow and mushy. If these symptoms aren’t addressed, the plant will soon show signs of root rot. 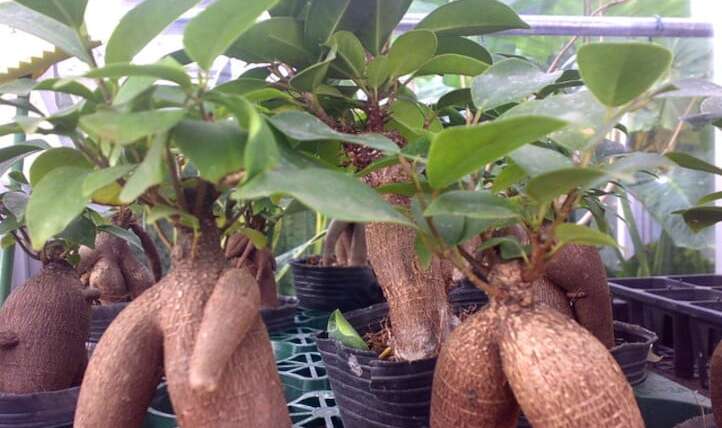 Ficus Audrey: How To Develop Banyan Tree As A Houseplant 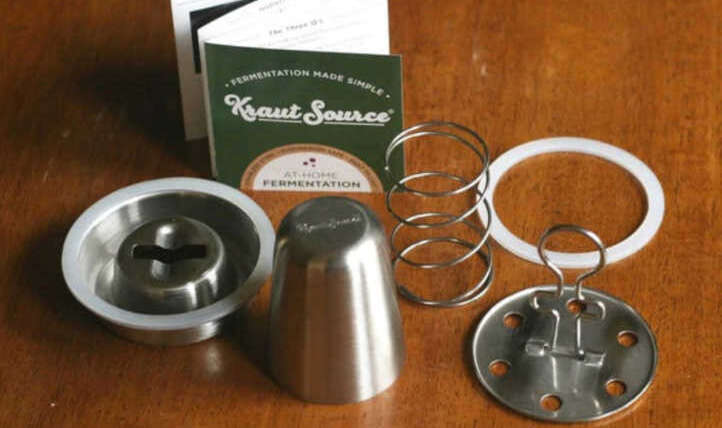