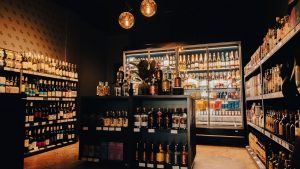 Dan Murphy’s has today opened the doors to its very first bar, ZERO% by Dan Murphy’s in Hampton, Melbourne. Patrons can choose from a menu of over 30 zero alcoholic* drinks to enjoy at the bar, as well as a range of more than 200 non-alcoholic products to shop and take home.

“Australians are embracing zero alcoholic beverages more than ever before, but for those who are still hesitant, ZERO% is the perfect place to discover what is undoubtedly the hottest drinks trend at the moment in a contemporary setting,” says Dan Murphy’s Managing Director Alex Freudmann.

Patrons can choose between beers on tap or can from $2.99, including local brews like Urban Alley Pale Ale and Mornington Free Pale Ale, 11 different wines by the glass from $5 per glass, and a range of cocktails as well as premix drinks.

According to the retailer, zero alcoholic drinks is one of the fastest growing categories for Dan Murphy’s with “more than 100% sales growth in the last two years.” Non-alcoholic drinks are now competing with well-established categories such as aperitifs and international craft beers in terms of share of sale.

“Customers have always been coming to Dan Murphy’s for social occasions, whether that’s barbecues, dinners or celebrations, and increasingly for those occasions, they are looking to include non-alcoholic options which is part of a wider trend of drinking less, but better,” Mr Freudmann explained.

“We think it’s great that more Australians than ever are drinking responsibly, which is why we want to lean into and support this great trend,” Mr Freudmann said.

Last year, Dan Murphy’s almost tripled the number of non-alcoholic products in its range. Now, customers have an offering of more than 200 products to choose from.

However, zero alcoholic drinks are not new to Dan Murphy’s.

“Our founder Daniel Francis Murphy was selling and promoting Claytons, which was the drink to have when you’re not having a drink, back in the 1970s, so we have been onto this trend for a while,” he said.

According to stats from the Australian Institute of Health & Welfare, younger drinkers (people aged in their 20s) are drinking more responsibly than any generation before, with 62% consuming four standard drinks or less on one occasion in a month in 2019, compared to 49% in 2001. According to ABS figures released last week, 18-24 year olds are showing themselves as the generation of moderation (AIHW stats and ABS stats).

“The emerging range of zero-strength products enables consumers to make healthier and safer consumption choices. Raising awareness of these alternatives will help Australians to cut back on their alcohol consumption and continue the trend towards responsible drinking and moderation,” DrinkWise CEO Simon Strahan said.

Located at 470 Hampton Street, Hampton, ZERO% by Dan Murphy’s is open seven days a week and is in operation until the end of June.

The opening hours are Thursday, Friday, Saturday: 11am to 9pm. Monday, Tuesday,

Wednesday and Sunday: 11am to 7pm.

Note: Patrons have to be 18 years of age or over to be served, and ID25 applies.

* According to Food Standards Australia, beverages containing less than 0.5% ABV are considered non-alcoholic. 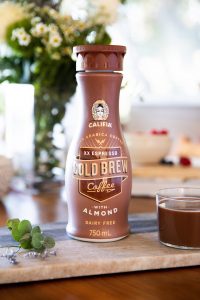 The overview of chilly brewed espresso

The bevs with out alcohol motion take over Dry July