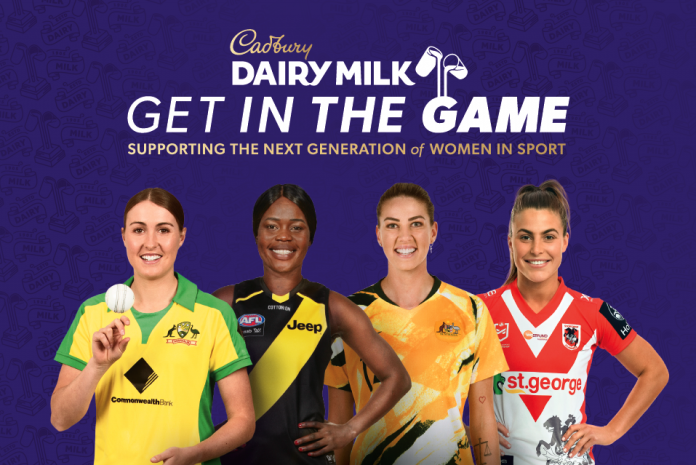 Cadbury introduces four female athletes in its Cadbury Dairy Milk Block to increase women's visibility in sport and inspire the next generation to see what they can be. 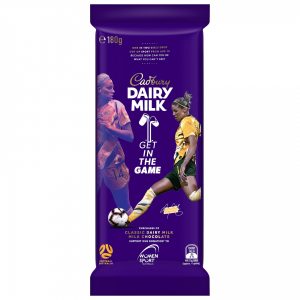 Now in its second year, the Women in Sport initiative is part of Cadbury's ongoing commitment to support the continued growth and equality of women's sport in Australia. Cadbury says it uses its famous purple packaging to showcase and display four female role models across the country.

With every second girl out of the game by the age of 15, Cadbury is committed to increasing the visibility of women athletes and bringing these inspiring role models to the fore in households across Australia.

“We believe that sport should be fun for everyone, so we are committed to increasing the visibility of women’s sport and helping the next generation achieve what is possible,” said Mondelēz International Marketing Manager – Equity and Sponsorships Jessica Finger.

“For the first time in our history, we are also proud to use our most iconic chocolate block to showcase four groundbreaking female athletes and their achievements – for all Australians.

Cadbury goes even further, giving Aussies the chance to win tickets to women's sports games across the country. The initiative enables Australians to take a girl to a game in the future.

From September 1 to November 28, 2021, people can register their Cadbury Dairy Milk Pack online to be in the running to win tickets from various sports codes. With these tickets, girls can experience exemplary role models in action and demonstrate what is possible.

The ESC is now working with Cadbury to support and shape the next 12 months of the program – with an "exciting announcement" in October – to ensure the initiative reaches and inspires as many girls as possible.

"While Australia has made significant strides in improving female representation in professional sport, there is still a lot to be done," said WSA President Gen Simmons.

"We're excited to partner with Cadbury and can't wait to work together to empower women in sport." 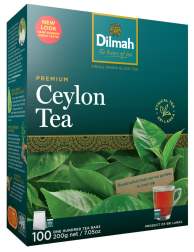