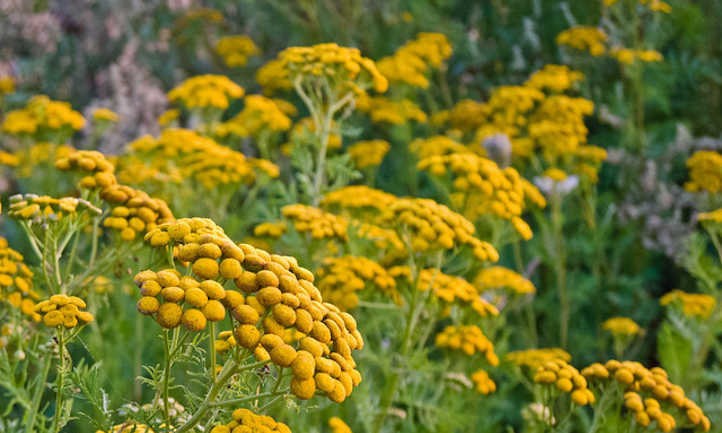 Commonly known as tansy (Tanacetum vulgare), this species can provide many benefits to your garden if you know how to grow and care for this perennial flower. The yellow button-like flowers are simple but beautiful in that they attract pollinators while also being an insect repellent with a history of medicinal uses.

Tanacetum vulgare grows in the wild in many locations in North America. Some areas have labeled it a harmful weed, but once you know how to prevent it, it really is an easy perennial to grow. The derivation of the scientific name Tanacetum vulgare is interesting. Tanacetum comes from the Greek word athanasia, which means "no death" or immortal. This is because, once dry, the flowers will last for many years, and the plant can also last for a long time.

The tansy has a few negative aspects as it is sometimes considered an invasive weed and potentially medically risky, but with some knowledge and care, we can easily overcome these small hurdles. We hope to provide a lot of information and more in this shared tansy guide while also inspiring you to make this beautiful plant a home in your garden.

The tansy plant is known as the common tansy and its botanical name is Tanacetum vulgare. Other common names are tansy, bitter buttons, cow bitter, and gold buttons. This species is native to Asia and Europe, but is now growing all over North America. It was brought to North America in the 17th century for its ornamental flowers. Incidentally, since it spreads easily, it now grows in the wild and is known as a harmful weed in many areas.

The common tansy (Tanacetum vulgare) is an herbaceous perennial that prefers full sun. The average size of the tansy plant is 3 to 5 feet tall with a spread of 12 to 18 inches. It reproduces through seeds or rhizomes, making it an aggressive breeder that is difficult to control and can easily become invasive. In fact, the common tansy is a Class C weed in Washington state that is recommended for control. However, the tansy plant (Tanacetum vulgare) is often confused with the tansy ragwort (Senecio jacobaea), which is a class B harmful weed in Washington state. As a result, tansy ragwort is a little more troublesome.

The foliage grows in a clump with several stems, which give the tansy plant a shrub-like appearance. The stem is reddish brown and the alternate leaves are fern-like. Bright yellow, button-like flowers are arranged in a flattened raceme at the end of the stem. Crushing the flowers or foliage creates a distinct odor that is strong but faintly smells like its cousin, yarrow. The pungent scent of the flowers is the perfect insect repellent, but it also attracts local beneficial insects.

Tanacetum vulgare is potentially toxic and every gardener should wear gloves when handling the plant to prevent the vegetable oils from coming into contact with the skin. Historically, tansy has medicinal properties that have made it a common plant in the garden. It was widely used to treat parasitic worms and could be used as a herb on every menu in Europe. Nowadays it is considered a poisonous plant, which in large quantities can cause death.

There are many types of garden flowers that are poisonous, so don't let that stop you from planting them in your garden! Common tansy grows well in containers or garden beds that keep it from becoming a harmful weed in your garden. Remember to be careful with it when you come into contact with it.

On the positive side, the tansy repels flies and other pest-like insects, while the golden yellow flower attracts parasitic wasps and pollinators such as bees, butterflies and hummingbirds. Since the flower can bloom from July to September, it provides plenty of food for the bees. However, it is also poisonous to animals, so don't let your cattle or sheep graze in a tansy flower bed. 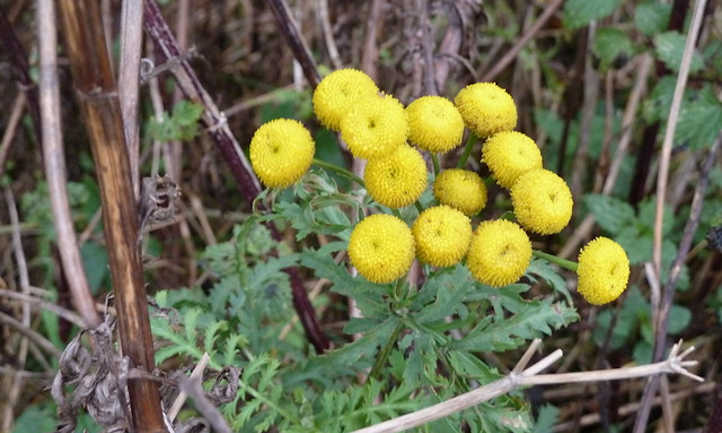 This herbaceous plant can spread quickly if you don't control it. Source: WayShare

The tansy is one of the easiest plants to have in your garden. In fact, it often grows on roadsides and is naturalized in less than ideal conditions. You can grow Tanacetum vulgare in a container or in the ground, depending on how much space you have. Let's go into more detail about the requirements of tansy in the next section.

The tansy prefers to grow in full sun, but tolerates partial shade. It's tough against USDA Zones 4-8 and could tolerate Zone 3 with some winter protection. Basically, it is a hardy winter and summer perennial that grows in a variety of temperatures. However, tansy does not thrive in prolonged, high heat, nor does it like extreme cold.

Once your tansy is established it is definitely drought tolerant. This makes it the perfect choice to grow on the edges of your garden where it doesn't get as much water as other plants. The best time to water is in the morning before it gets too hot. Use a garden hose to water it deeply and let the soil dry between waterings. You can also opt for drip irrigation or soaking hoses.

During the summer months, water it more often in the first year, after which it only needs a good soak once or twice a month, depending on the temperature. Be careful not to overwater your tansy or the rhizomes will not be able to establish themselves and could become weak. The nice thing about tansy is that it can survive in humid and dry climates as long as they're not extreme.

Common tansy likes well-drained soil with a pH range of 4.8-7.5. This is a fairly large range so the tansy can survive in a wide variety of soils. However, it is best to test the pH of your soil to make sure it is not too alkaline or acidic. It can tolerate poor quality soil, but for the healthiest plant we recommend a fertile garden soil enriched with compost.

Tansy doesn't need a lot of fertilizer. Poor soils may need a general all-purpose fertilizer once or twice during the growing season. When you grow tansy in a container, you have more control over the quality of the soil and therefore use less fertilizer. Watch how well your tansy is growing and add fertilizer as needed. In general, the more fertilizer you add, the more it grows and expands. This can be viewed as positive or negative depending on why you have this plant in your garden. 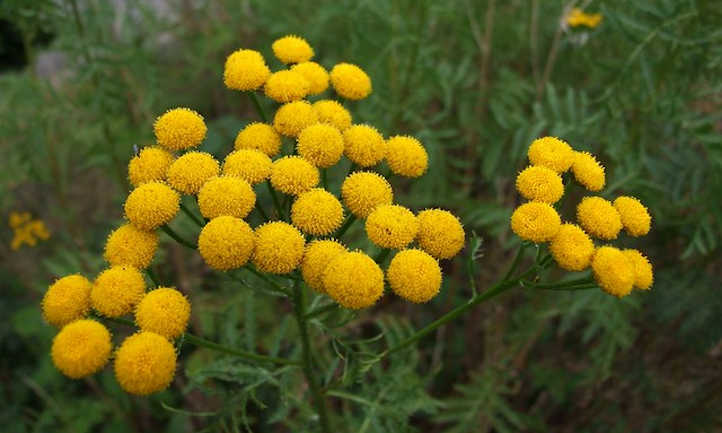 If you are growing tansy in a container, it should be repotted annually with all-purpose potting soil with good drainage. As mentioned earlier, it can grow in barren soil, but to have the healthiest tansy it is best to create an ideal growing environment.

You can plant tansy seeds indoors 6-8 weeks before the last frost, or sow them straight into the ground in the fall to allow the seeds to coldly layer. If you allow the common tansy flower to be sown, it will aggressively self-seed, and you don't need to worry about getting enough of these flowers in your garden, but keep in mind that they will gradually spread and can easily take over. Also, keep in mind that it also spreads through underground rhizomes. These groups of plants are easy to divide in autumn.

Trim the plant back every spring to keep the tansy clusters full and compact. Harvest flowers throughout the season and core the plant when the flowers fade to prevent the seeds from spreading. Dead-heading also encourages more flowers to bloom later in the season. To delay or prevent flowering and spreading, cut back the clumps of foliage in late summer. The seed heads last through the winter. So if you don't want them to become invasive, cut off the dead flowers before the cold season.

When pruning, make sure you always wear gloves when working with tansy. It contains a naturally occurring compound called thujone, which can cause contact dermatitis in susceptible individuals. 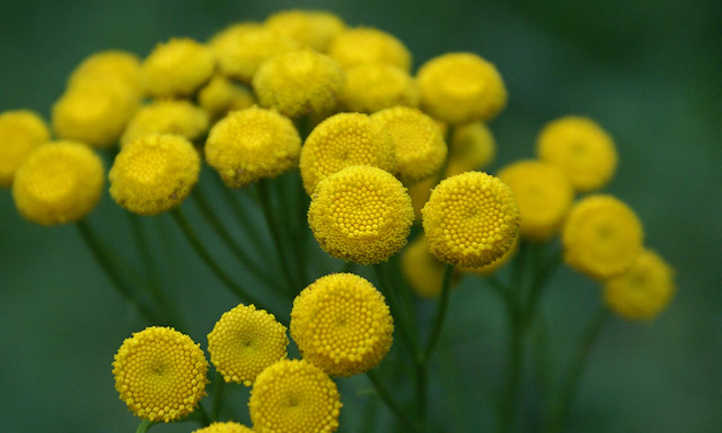 While tansy is an easy plant to grow for the everyday gardener, there are a few issues worth mentioning. Knowing what to look for can help prevent your common tansy from becoming unhealthy. Let's take a quick look at common problems that could affect your tansy growth.

The biggest growing problem with tansy (Tanacetum vulgare) is that it take over an area and become a noxious weed if not properly controlled. When tansy plants grow in an optimal environment, they easily crowd out their neighbors. Since their roots can grow deep, hand pulling is not the ideal way to get rid of them. As mentioned earlier, it is best to remove the seeds before they fall off the flower head.

Fortunately, tansy plants are not bothered by many pests. Usually they are the ones keeping the pesky bugs away. However, aphids and spider mites can become a problem in certain areas.

Aphids are insect pests that are found on many plants, and tansy is not immune to them either. This pest lives under the plant's fern-like leaves and eats all the juices. If you have a large infestation it can stunt growth and cause the leaves to turn yellow and fall off. To naturally rid your plant of these tiny bugs, you can use an insecticidal soap spray or a spray made from neem oil. If the infestation is very severe, consider using an organic pyrethrin spray.

Spider mites are an insect that feed on the fluid in each plant cell. The spider mite can only be seen with a magnifying glass, but to distinguish it from other mites and aphids, look for nets. They too like to colonize the underside of the fern-like leaf and eventually the leaves develop brown and white spots. If they haven't spread to neighboring tansy plants, you can remove the affected plant. If it doesn't, a spray of neem oil or a natural insecticidal soap will help.

Leaf spots and powdery mildew are the most common diseases of tansy. Overall, it's a resilient plant that is healthy and alive, but if any of these issues affect your plant, it's best to treat it right away.

It's easy to identify Leaf spot because it is exactly what it sounds like: little brown spots on the leaves of your plant. It is caused by fungal spores that multiply from too much moisture and / or too little air circulating around the plants. You can treat this by peeling off the affected leaves and not getting the leaves wet while watering. OMRI-rated liquid copper fungicides are effective.

Powdery mildew is another fungal infection that thrives in humid climates and can be made worse by poor air circulation. The infected leaves show white, powdery spots that eventually cover the entire leaf and spread to other parts of the plant. If you catch this early, remove the affected leaves. Use a neem oil spray, sulfur or copper fungicide for prevention and treatment. 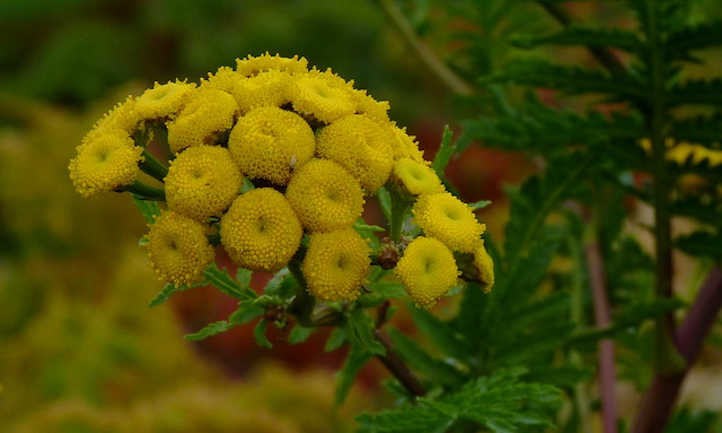 Q: What is tansy used for?

A: Tansy is best used as an ornamental plant to attract beneficial insects to your garden, repel flies, and it's great for building up potassium in the soil which can benefit the surrounding plants. You can even bring freshly cut or dried flowers into your home to keep the bugs out.

A: In the past, the yellow button-like flowers and fern-like leaves have been used medicinally and as a culinary herb, although they have a bitter taste. However, this plant contains a poisonous oil that can cause cramps, liver and brain damage, and contact dermatitis in sensitive individuals. In the United States, this compound (thujone) is not allowed in food or alcoholic beverages, although tansy itself is sometimes used in alcohol as long as it is free of thujone. If consumed in large quantities, the flowers and leaves can be toxic, so we do not recommend eating them. 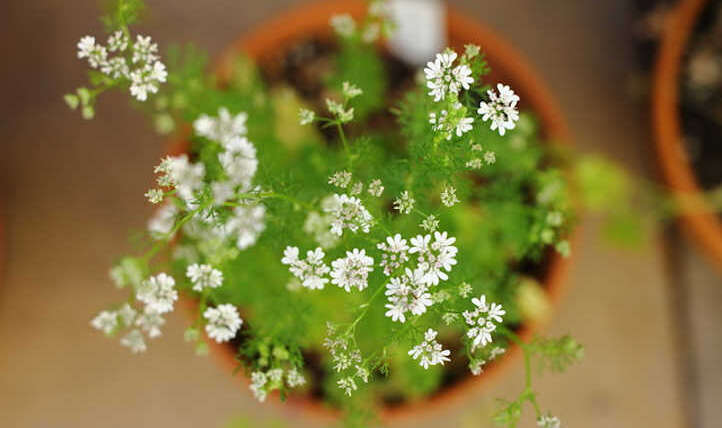 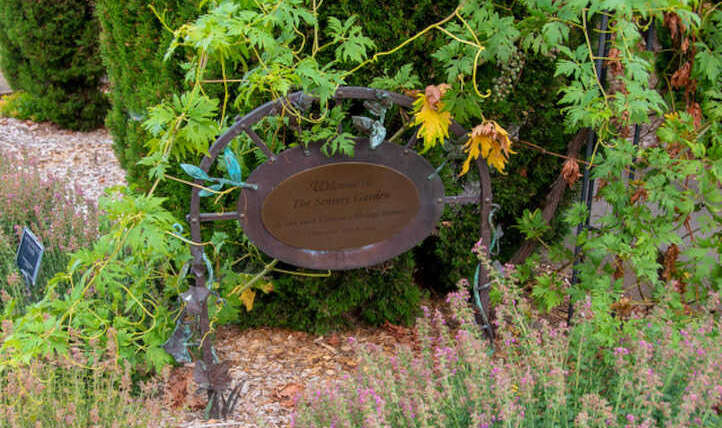