The latest customer satisfaction rankings from Canstar Blue and Roy Morgan Research show that low-priced liquor retailers are leading the way to satisfaction.

The First Choice Liquor Market was named Australia's Liquor Store of the Year for the second year in a row at Roy Morgan's Annual Customer Satisfaction Awards.

Coles Liquor Chief Executive Darren Blackhurst is delighted to be named Liquor Store of the Year for the second year running.

"It's a great honor and achievement," said Blackhurst.

“2020 has been a challenging year for all Australians, but I'm very proud of our team members who consistently provide excellent customer service.

"This award is a fantastic recognition of the exceptional work done by the entire First Choice Liquor Market team and I would like to personally thank you for your hard work," said Mr. Blackhurst.

After surveying more than 3,000 Australians to measure customer satisfaction for their first prize for liquor retailer satisfaction, ALDI took first place in overall satisfaction and received five stars for the relative price.

Amazon is investing in a brand new achievement heart in Melbourne 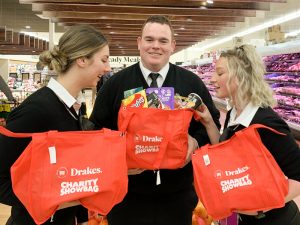 The present (bag) continues at Drakes