As a gardener, you've probably heard of the benefits of soil fungus, or even added mycorrhizae to your soil – but not all mushrooms are beneficial. Verticillium wilt is a fungal disease that affects over 400 species of plants, including trees and shrubs, vines, flowers, and vegetables. Some of our most valuable garden plants like roses and tomatoes are vulnerable.

There are two types of these soil fungi: Verticillium dahliae and Verticillium albo-atrum. These fungi live in the xylem of plants, tiny tubes that help transport water and nutrients through the plant. Essentially, they cause a blockage in the plant's vascular system and prevent them from getting enough water. This can cause some infected plants to wither. Verticillium also produces toxins that damage host plants.

There are currently no treatments for Verticillium, but there are many ways to prevent or treat the disease. If you know that Verticillium is a problem in your soil, the first thing you should do is choose varieties of plants that have been bred to be resistant or immune to Verticillium wilt. Additionally, maintaining healthy plants and improving plant vitality can put them upside down.

What is Verticillium Wilt?

Verticillium is a common soil fungus that thrives in temperate climates around the world and can be present in the soil for decades. Verticillium overwinters in the soil as dormant mycelium or tiny black dormant structures called microsclerotia, waiting for favorable conditions to return. They penetrate damaged plant tissue through the roots and multiply. Many common weeds such as dandelion and hogweed can host Verticillium.

Verticillium dahliae is found in temperate parts of the world and affects many common garden favorites such as members of the nightshade family (tomatoes, peppers, eggplant), mints, berries, roses and maples. However, all monocots (tulip, corn, ginger, grass, etc.) and all gymnosperms (conifers, ginkgos, cycads) are resistant to this disease. Compared to Verticillium dahliae, Verticillium albo-atrum has a limited host range and distribution. It is most commonly associated with agricultural crops such as cotton, alfalfa, and hops.

The fungal spores infect plant tissue and occupy the xylem vessels, in which more conidia are produced. Conidia move through the plant's vascular tissue system as the plant transports water and eventually leads to the narrowing of the xylem. This problem is similar to people with clogged arteries. If the plant's xylem becomes more blocked, the xylem cannot efficiently transport water and nutrients and the plant will wither. When the plant wanes and dies, the verticillium fungi form structures called microsclerotia, or masses of melanized hyphae, on the dying plant tissue. These small black dots are usually visible with a hand-held magnifying glass.

Microsclerotia are released into the soil through the decomposition of the original host plant and contain conidia that can infect other plants through the plant's root system and can even exist on the surface of resilient plant roots that can infect neighboring non-resilient plants. The pathogen can spread through contaminated soil or infected roots. This disease can also be transmitted through cutting tools. Hence, it is very important that you sanitize your tools between plants. Plants that are already suffering from root damage, such as B. nematodes are more susceptible to Verticillium wilt.

Plants often exhibit very similar stress symptoms, so correctly identifying the root cause of the stressor can be confusing. Verticillium wilting symptoms can also manifest themselves in different ways, despite the name of this plant pathogen.

Verticillium withered can be an acute or chronic problem with many trees. In acute infection that occurs in new wood or sapwood, branches can suddenly show yellow leaves, drop leaves, and die. If the fungus lives in older wood, the tree can be chronically ill by developing smaller leaves that are yellow around the edges, reducing overall plant vitality. Trees infected with Verticillium may not die instantly but can slowly decline.

In fruiting plants like strawberries and tomatoes, you may see leaves with reddish brown edges that curl and fall off prematurely. In the case of strawberry plants, the entire crown can die off. This disease migrates up from the bottom of the plant. New leaves may be yellow and stunted. On tomatoes, the first thing you may notice is yellow spots on the lower leaves. The leaves can turn brown, but unlike the Fusarium, the stems will usually not wither. 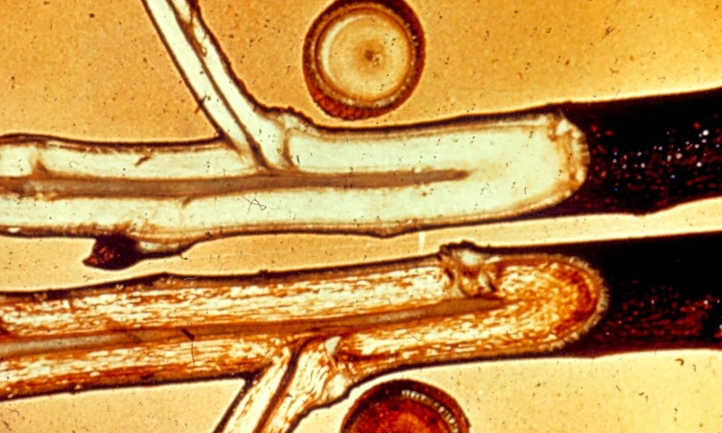 While there is no treatment for Verticillium wilt, there are several effective remedies, including soil hygiene, crop rotation, and choosing hardy varieties. Proper pruning, watering, and fertilizing can also help maintain the overall vitality and health of the plant, and better prepare it for disease control.

Avoid planting susceptible plants in areas known to be vaccinated against Verticillium. If you suspect your Verticillium plants are wilting, cut off the infected plant tissue and make sure not to add it to your regular compost to reduce the spread of future fungal diseases.

Practicing crop rotation with resistant plants can also help disrupt the life cycle of the mushrooms. A study published in the Journal of General Plant Pathology showed a promising attempt with rotating broccoli after eggplant to suppress the presence of V. dahliae in the soil, since eggplant is one of the susceptible species. Similarly, the University of California Davis published a guide on how to solarize the soil. It describes how solarization of the soil in warm climates can help control fungi and weeds, especially when combined with the use of plant residues from mustard, broccoli, and other cruciferous vegetables.

Commercial establishments can use soil fumigation with high concentrations of metham sodium or methyl bromide to eradicate the fungus. However, this is not a home gardening method and an expensive and toxic control.

Plant-resistant varieties and disease-free plants if possible. Some readily available types of resistant tomatoes include Better Boy, Big Girl, Rutgers 39, and more, for example. They are marked with the letter "V" to show resistance to Verticillium wilt. When it comes to strawberries, Camino Real, Petaluma, Albion and San Andreas are varieties that are more tolerant of Verticillium. Inquire at your garden center or seed supplier which varieties are resistant to the Verticillium fungus. 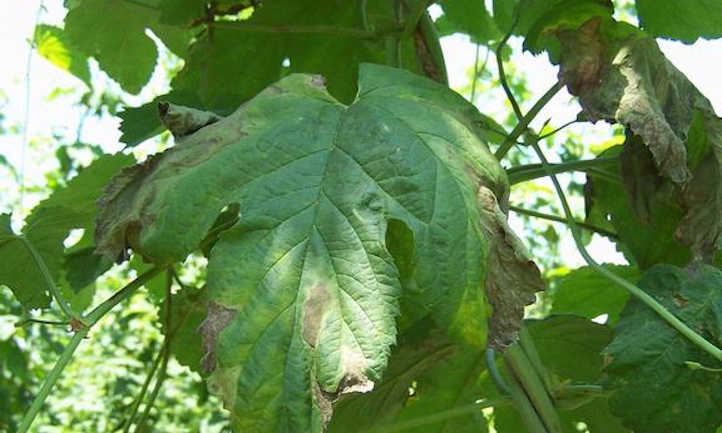 Q: How do I know if I'm wilting Verticillium?

A: It is very difficult to tell if a Verticillium plant has wilted as the symptoms are very similar to many other plant diseases and deficiencies.

Q: How do you remove Verticillium withered from the soil?

A: Verticillium withered can live a long time in the soil. Commercial operations can use chemicals to fumigate the soil. Home gardeners can attempt to manage the Verticillium population through crop rotation, soil solarization, and general hygiene, as well as removing infected plants.

Q: Which plants are affected by Verticillium withered?

A: Verticillium has wilted over 400 plant species. The Missouri Botanical Garden has an extensive list of susceptible and tolerant plant species. Many susceptible plants are garden favorites like rose, watermelon, tomato, or strawberry, or commercial plants like cotton or maple. 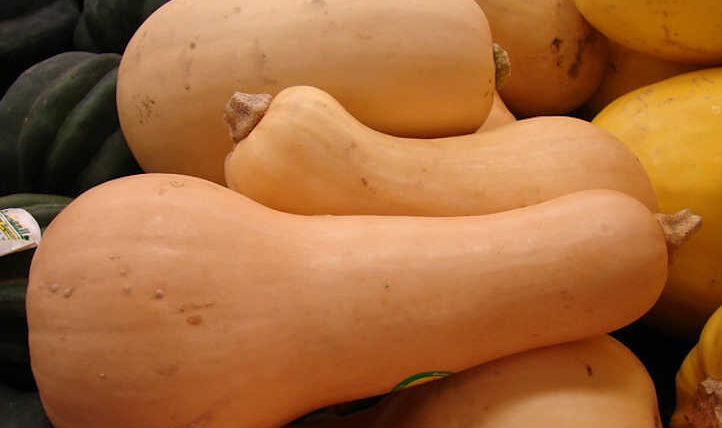 When to reap butternut squash and the way to retailer it