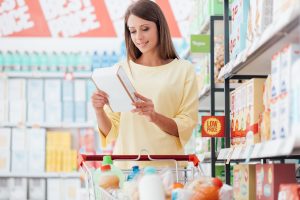 Today's brands, category managers and merchandisers are in a race, constantly fighting for their position, but often find that they are still grouped in the apartment right outside the supermarket aisle. Only an outstanding performance at the point of sale in those last moments of the race ensures that the winner receives the gold at the point of sale.

In this role, we examine POP as an integrated in-store strategy with multiple touchpoints that are intended to influence buyer behavior. We also speak to industry experts and look at some Australian companies that specialize in POP initiatives.

With 71 percent of shoppers citing groceries as their most frequent impulse purchases and 85 percent of impulse purchases happen when an item is specifically offered, the ability for supermarkets and convenience stores to attract some of that impulse spend is certainly attractive, but it is a store maximize the chance?

Of course, highlighting specials and promotional items is important, but since today's buyers are bombarded with almost constant promotional messages, it isn't as easy to stand out as it sounds and requires a considered strategic approach.

Researchers estimate that the average Australian adult was exposed to between 6,000 and 10,000 ads per day in 2019. That's double what it was in 2007 and has reached the point where people can't take everything in anymore.

Now you see it

When brands are displayed in a category and competing side-by-side on the shelves, switch messaging is easy to deploy, but the shelves themselves can make it difficult to get an impactful display.

Shelf speakers and gang fins certainly make a difference, but for greater impact, brands are increasingly turning to custom POP displays due to their flexibility and near-limitless customization options. They can be placed anywhere next to the category or outside the location and repositioned at any time.

In addition to being eye-catching, custom POP displays represent a physical object. When well positioned, they can disturb the habitual or routine shopper who otherwise pays little attention to the signage on the advertising shelf. They also don't cause sustainability issues as they are almost all made from recyclable corrugated cardboard.

Read more in the August issue of Retail World. 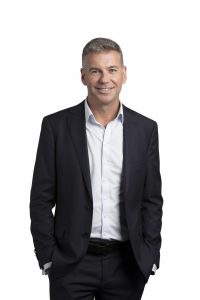