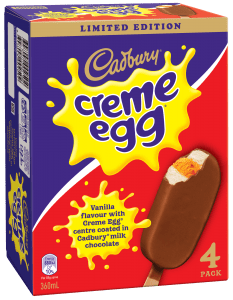 Peters and Cadbury® have teamed up to offer customers the best of both worlds with the limited Cadbury Crème Egg® ice cream.

The announcement follows a number of successful partnerships between Peters and Cadbury, including Picnic®, Crunchie® and Dairy Milk® Milk Chocolate.

However, this is the first time Cadbury has worked with Peters on Crème Egg®.

"Given the hysteria that many of our other Cadbury tubs have experienced, we're expecting as much excitement this time around, and we're confident that Cadbury Crème Egg® fans and ice cream lovers will love our creations equally," said Peters’s senior brand manager, Dorana Henenberg.

Customers can enjoy the frozen desserts as single-serve sticks, which are sold either as multi-packs or individually.

The ice cream is described as a vanilla aroma and crème egg® core, which is coated with smooth Cadbury Dairy Milk® milk chocolate.

Available in Coles, Woolworths, independent supermarkets and most major gasoline and convenience stores from January 13th. 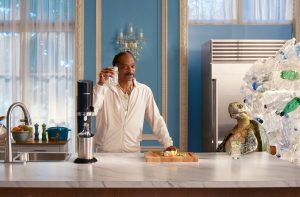 SodaStream and Snoop Dogg have a good time the vacations